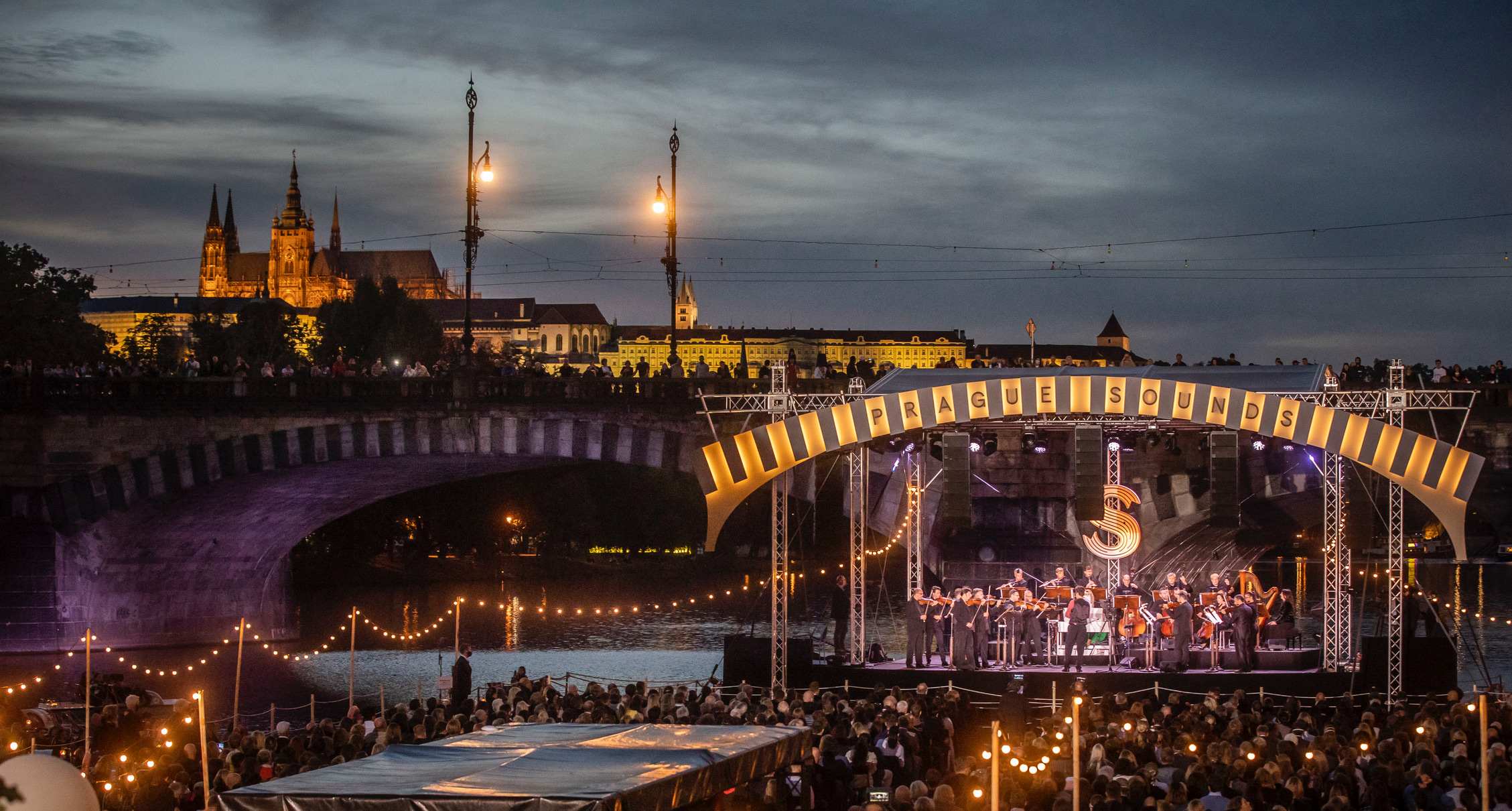 An open-air festival powered by Strings of Autumn

How the Prague Sounds Festival was born

The 'Prague Sounds' project came about as a reaction of the organisers of Strings of Autumn to the coronavirus pandemic in 2020. They put on an open-air concert on a specially-constructed floating stage on the Vltava river in the centre of Prague for an audience on the river, embankments, bridges, and islands that surrounded it. The concert, called 'Prague Sounds: Hope for Prague,' captured the imagination of the world's media and provided proof that music, and the shared cultural experience, can provide light even in the darkest of times.

Prague Sounds: a new festival powered by Strings of Autumn

In 2021, Prague Sounds expands into an open-air festival to mark the 25th anniversary of Strings of Autumn, a celebration of live music featuring artists who have written themselves into the history of the festival. The heart of Prague Sounds will again be the floating stage on the Vltava, with its panoramic backdrop of old Prague, with one concert taking place at the Rudolfinum concert hall.

Since its inception in 1996, Strings of Autumn has established itself as one of the Czech Republic's major music festivals, whose wide-ranging programming illuminates the relationships between genres ranging from early and contemporary classical to jazz, hip-hop, and electronica. The festival provides its audience with unique and intimate concert-going experiences across a range of Prague venues. Over its 25-year history, Strings has presented both iconic established artists and the best of the new generation, often in their Czech Republic debuts. Respectful of the past, alive to the present, and with one eye on the future, the festival continues to develop. Check out the Strings of Autumn programme at www.strunypodzimu.cz.